So I needed to make a few minor adjustments to the Terian website to tidy things up, and add a landing page for ID Creator. The ideas I had in my head for this update weren’t extreme, however they still managed to consume two weeks of time which unfortunately was a bit longer than the ‘couple of days’ I thought it might take.

Granted much of that time was taken up by refreshing my CSS skills (made more difficult by needing to edit someone else’s work), and increasing my limited design experience with the likes of Adobe Illustrator and Adobe Photoshop.

Whilst I am happy with 95% of the update, it would have taken considerably more time to push closer to that 100% satisfaction point and I wanted get this update out ASAP. 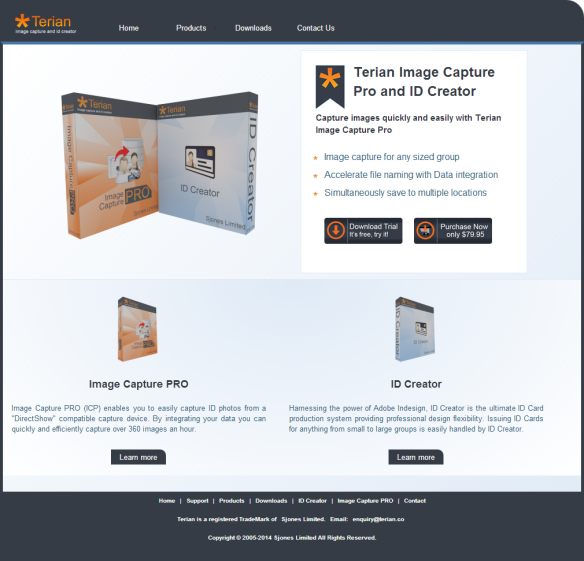 The real benefit of using Terian Image Capture is when CSV data is imported and the ‘Data Assisted’ mode is utilised, as by using integrated data it is possible to capture over 360 images an hour.

Without Data Assisted functionality the ‘Standard’ version demonstrated limited value and when combined with the additional effort required to produce multiple release and update executables the decision to drop it was straight forward. 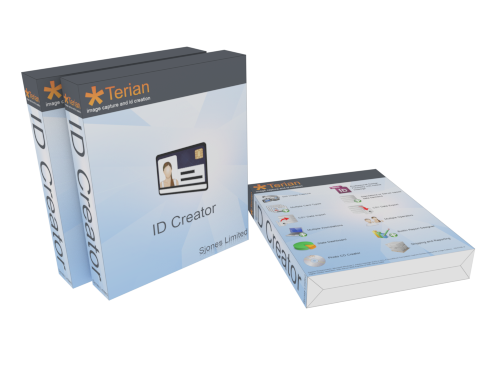 Finally, a landing page with additional information regarding Terian ID Creator. In anticipation of its release a quick information page has been added.

In order to determine real interest in this product I have signed up with MailChimp to provide mailing list functionality so I can easily inform interested parties of release and update information.

Part of the missing 5% for complete satisfaction is the design of the logo and text of the ID Creator application box. I’m not happy with the title, the simple layout and the spine of the box lacks pizazz. However, this will change in a future update, most likely when I’ve had someone with design skills have a play around with it.

Within 10 minutes of releasing the update to production I received feedback, this was fantastic as it allowed me to quickly fix a couple of minor mistakes and typo’s. I’ve also had additional feedback which will assist with the v3.0 website design.

The next step is to finalise the release build of ID Creator and then prepare the v3.0 website design to coincide with its public release. The public release is still scheduled for the 2nd half of 2014, so hopefully it won’t be too many more weeks/months.